The Secrets to Retaining Employees from Europe's Best Workplaces 2022 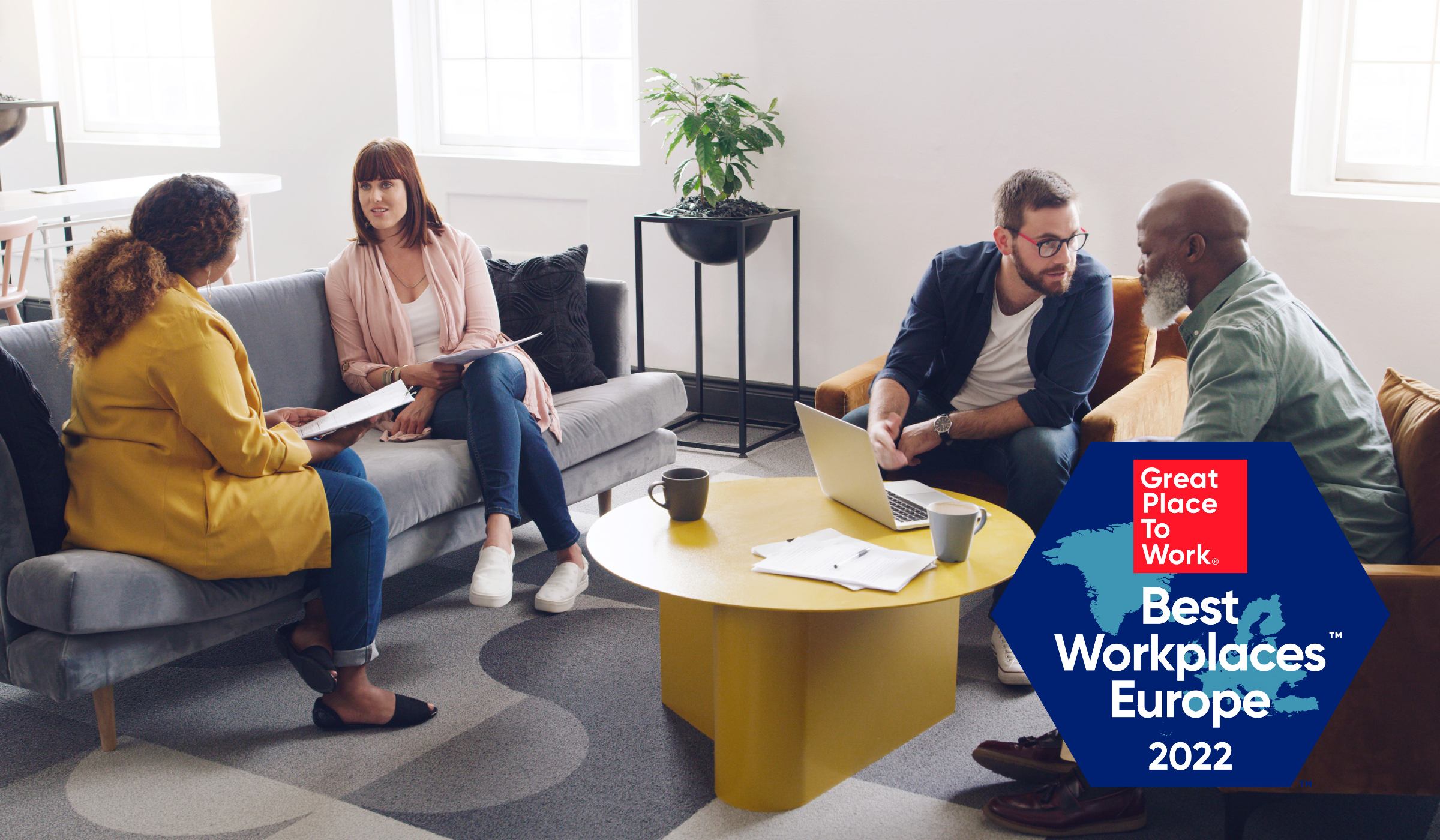 The once black-and-white lines of our work and personal lives have blurred into a permanent shade of grey.  Two years after a global pandemic turned many of our homes into offices, where and how we work—and what we want out of work—has changed.

Employees worldwide have left their jobs in search of fulfilment and purpose, respect and appreciation, and better work-life balance.

Some businesses responded with promotions and benefits.

Others, like Wavestone, engaged their workforce by including them in decisions that affected their jobs. Leaders brought together 3,000 employees in 10 locations around the world to discuss company objectives and future plans. It held 350 workshops to “co-construct” its strategic direction with employees in the spirit of “intrapreneurship.”

It is that level of engagement with employees that helped make Wavestone one of the Best Workplaces in Europe™ list in 2022, ranking fourth in the large business category.

The list, produced by Great Place to Work®—the global authority on workplace culture—is based on anonymous survey data representing 1.4 million employees from over 3,000 companies across 37 countries in Europe. The survey assesses employee experiences of trust, innovation, company values and leadership.

On average, this year's 150 Best Workplaces in Europe scored 10 percentage points higher at 89% than other national list winners, which is a 13% increase. And even higher when compared to the general global workplace, at 55%.

One of the largest differences between the Best Workplaces and companies that made the national lists were feelings of respect and fairness. 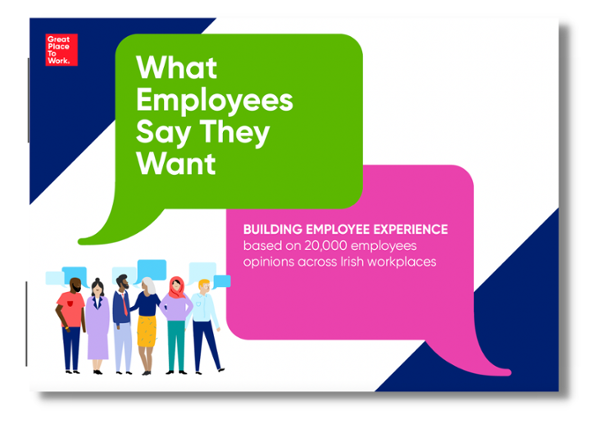 Employee engagement in Europe is lower than any other place in the world at 14%, seven percentage points lower than the global average of 21%, according to Gallup’s 2022 State of the Global Workplace. Those low scores fuel retention challenges, as one in five workers around the world plan to quit their jobs.

That is not the experience for employees at the Best Workplaces in Europe, where 87% say they want to work at their companies for a long time.

In Great Place to Work research, when employees feel respected by managers and organisational leadership, they are more likely to stay with their organisation long-term.

Respect at the Best Workplaces is 14% higher, with an average score of 88%, which is 11 percentage points higher than at other national list winners.

Like Wavestone, many of the Best Workplaces turn to their employees for ideas and involve them in decisions.

France-based Extia (#21 on the large company list) embraces a “First Who, Then What” approach, focusing on each employee and their concerns (First Who) as a top priority. The team starts with the individuals constructing their professional projects together, giving everybody the chance to innovate (Then What).

The company also encourages employees to upgrade their skills or learn new skills through training, with continuous improvement as a core value. More than 60% of its employees are trained every year.

Cpl Ireland (#31 on the large list) invited its employees to shape its diversity, equity and inclusion journey, BeProud, by being a part of designing and implementing policies, practices and initiatives.

“When defining our strategy, we always start with our people and the human dimension instead of targeted KPIs and figures, and all colleagues are involved in the strategy work. It’s freedom for all Centiro it to create the “how”—freedom within a well-designed frame,” says the team.

The second area where Best Workplaces outperformed national list contenders was fairness, defined in part by the belief that employers offer fair pay and promotions and equal opportunities to be recognised.

It's hard to experience fairness without a culture of inclusivity in which all employees are valued, supported, and treated equally.

Chiesi Group (#12 on the multinational list) launched its Global Gender Equality Challenge and developed an action plan to close the gender pay gap by 2023 and balance women and men in leadership positions by 2030. It’s also focusing on disability inclusion this year.

Finland-based Vincit (#17 on the large company list) holds annual Salary Weeks to promote transparency. Anyone can publish their salary and suggest pay rises for colleagues as well as for themselves.

‘We work through empowerment and commitment, as opposed to directive management. There is no organisation chart as roles evolve according to the involvement and possibilities of each individual. We prefer to offer people assignments that they enjoy doing so that they enjoy them and don’t see the time passing.” the team says.

Belgium-based Bank van Breda (#18 on the large list) doesn't conduct yearly employee reviews but instead holds what it calls regular "YouTime" conversations during the year to talk about "How can we give you even more satisfaction in your job?"

And don’t expect to find theoretical statements about values on the bank’s office walls. “More important to us,” they say, “is putting our values, such as honest, sense of responsibility and enthusiasm into practice in everyday actions and decisions.”

For more information about the gender pay gap, click here.

Employee well-being shows no signs of improving as COVID-19 becomes endemic. European workers suffered in this area, as well-being dropped five percentage points in the past year to 47%, according to Gallup, a contrast to well-being levels of 59% among the Best Workplaces in Europe.

The Best Workplaces in Europe offer well-being support in many different ways, including greater flexibility offerings.

Centiro believes that employees perform their best when mentally focused but relaxed and defines its culture as 'relaxed seriousness'— 'a razor-sharp aptitude for problem-solving, combined with a personal and relaxed touch', the team says.

The company doesn’t use the term ‘work-life’ balance but ‘life-life balance’ because life should be balanced at all times.

Italy-based Bending Spoons (#6 on the medium list) offers unlimited time off, but unlike many workplaces, it requires employees to take a minimum of 20 days off per year to encourage holiday-taking.

Swedish company Tyréns (#49 on the large list) closes its offices for three weeks over the summer and between Christmas and New Year to encourage a cohesive period of rest and recuperation.

Teleperformance CEMEA (#9 on the multinational list) established a support hotline to help its employees in Ukraine and Russia remain connected with their families around the world during the war in Ukraine. The hotline supports employees and their families who need help crossing borders from Ukraine and aids in providing accommodations, psychological support, and employment.

Well-being includes how and where employees are working. Some European countries have embraced hybrid work more than others, reports the BBC. A 10,000-person poll revealed that over a third of European employees will decline a job without flexible hours and over two-thirds would accept a pay cut in return for flexibility.

Many Best Workplaces leave it up to employees to decide when and where they’d like to work, evidenced by AssisTT (# 37 on the large company list), which lets employees pick where they want to work and their hours to provide more flexibility. 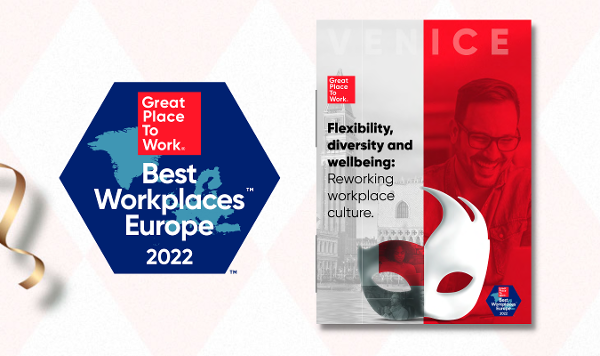 The Best Workplaces understand how important that is to business success. When employees have a positive experience at work, businesses outperform their competitors.

High levels of respect, fairness, and well-being help create high-trust cultures. Ninety per cent of employees at the Best Workplaces in Europe would strongly recommend their employer to family and friends, and 90% believe the people they work with are willing to give extra to get their job done.

Prioritising employees helps Best Workplaces face new challenges and thrive as the future of work continues to be redefined.

Discover the Best Workplaces™ in Europe 2022 list in partnership with the Economist! 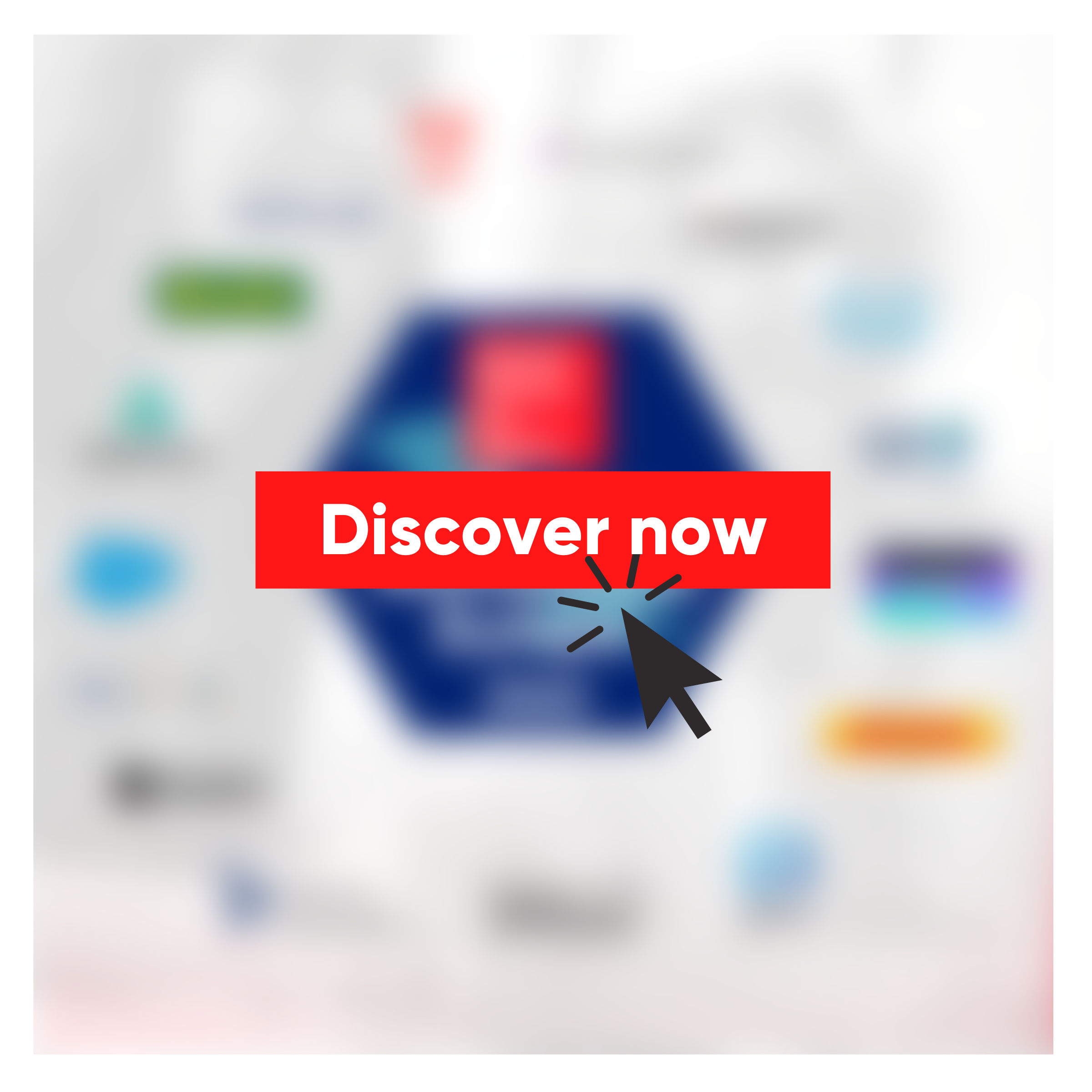 About Great Place to Work®

Great Place to Work® is the global authority on workplace culture. We help organizations quantify their culture and produce better business results by creating a high-trust work experience for all employees. We recognise Great Place to Work-Certified™ companies and the Best Workplaces™ in more than 60 countries.

To join the thousands of companies that have committed to building high-trust company cultures that help them attract, retain and take care of their people, contact us about getting Certified today. 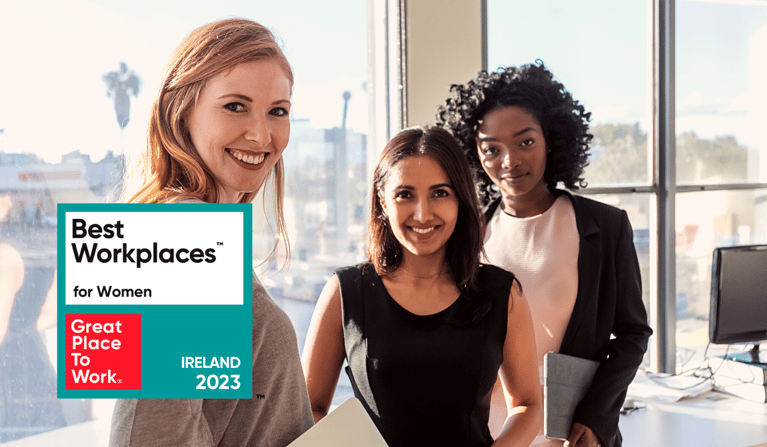 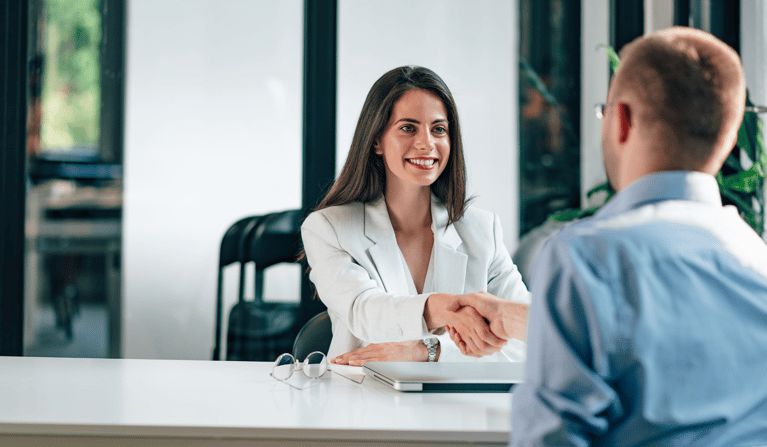 9 Tips to Boost your Reputation as an Employer
Marina Rivas 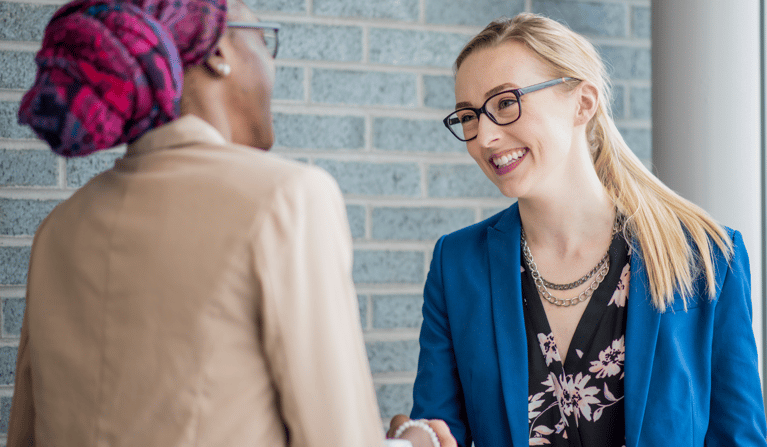 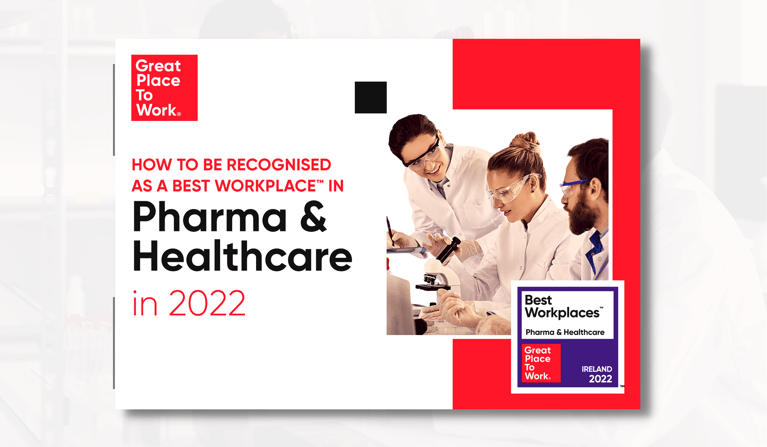 NEW: How to be a Best Workplace™ in Pharma & Healthcare 2022?
Alice Vigneron